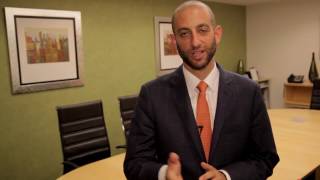 Get your free consultation

Trust us to give you the right advice

We have experience handling tough cases

We've been recognized for our excellence

Our Los Angeles Criminal Lawyers || In The Media

The lawyer for a woman who posed as a German heiress to live the New York City high life says his client never intended to commit a crime.

If you’re accused of committing a crime in California, you stand to lose more than just your freedom, your stand to lose personal assets, and your future. The stakes are endless. It’s critical you hire the possible Los Angeles criminal attorney to represent you. Regardless of whether you’re facing federal or state charges, you need a Los Angeles criminal attorney who has the skills to help you avoid a guilty verdict. One of the biggest mistakes people make, is that they have no legal representation, and go with a public defender. It’s in your interests to consider a private criminal attorney, who can help you negotiate a plea bargain, or have charges dismissed.

We're affordable and make it easy

In person, or over the phone

Regardless of where you are, we can help

As Seen On TV

As Seen In The Media

We Work Hard For Our Clients

We take your case seriously. We know that if your case goes south, the consequences you'll face.

Any allegation of wrongful conduct, or wrong doing can hurt your reputation, your future employment prospects, and more. Bottom line, you should never take a criminal investigation lightly. In order to protect your rights, you need to hire a private criminal attorney who gets the gravity of the situation. The Spodek Law Group is a top pick for state and federal crimes. We have over 50 years of combined experience, and have handled virtually every single type of allegation/potential case. Regardless of what you're accused of committing, there's a defense strategy that can be crafted to assist you in your case. The quality of your criminal defense lawyer is, and can be, more important than the crime you're accused of committing. Rest assured that the Spodek Law Group will handle your case, and work to get you the outcome you desire.

They worked very hard on my case and got me a very, very favorable outcome

I would like to thank, Todd and Alex for all there dedication and hard work on my liquor store case. It was an uphill battle from the beginning. They worked very hard on my case and got me a very, very favorable outcome; they also got my friend a favorable outcome as well in her case. I was impressed with their services and how far they are willing to go for their clients.

I hired Spodek Law Group, P.C. for an uncontested divorce.

I dealt with Danielle Mezzatesta a super awesome paralegal with the firm. I met with Danielle the same day I called for the consultation and her level of professionalism and knowledge was outstanding! She was very helpful and diligent throughout this entire process. Danielle was top notch in responding to my questions and concerns and made this process very easy and stress free. Within a two week time frame my divorce is officially complete.

Todd and his team were very professional from the get-go.

I would absolutely recommend this firm. Todd was very candid and always kept me on the loop of what was going on. He met with me a couple of times for personal consultation to keep me at ease. He represented me whenever possible so that I didn’t have to take time off of work. I appreciate the honesty and availability and could not be happier with the outcome or the overall experience. I am glad I chose Spodek Law group to represent me.

I am very happy with this law firm. Every lawyer has treated me great.

I am very happy with the service and the atmosphere is extremely professional. The staff makes me feel welcomed every time I come and Todd Spodek is an excellent attorney. I am very glad I chose this firm to represent me and my company.

What Is Criminal Intent?

If you commit wrongdoing without having the intention to do so, others may be mad at you. However, they cannot say you made the mistake on purpose. However, if you know doing something is wrong yet choose to proceed, you have made a conscious decision to commit an illegal act. When this is done, criminal intent has been present based on your actions. Whether the act committed is something as serious as murder or something less dire such as shoplifting an item of clothing from a store, criminal intent is present in both cases.

Punishment Fits the Crime
Since crimes vary in severity, judges will often try to make sure whatever sentence they hand down to a defendant will be appropriate based on the person’s crime. To do so effectively and fairly from case to case, judges will need to make sure criminal intent has been clearly defined for a particular situation. Thus, prosecutors in criminal cases are required to show not only that the defendant had the intention to commit a criminal act, but also possessed the state of mind that allowed them to know right from wrong. By proving these two elements were present and that the defendant chose to commit the illegal act, prosecutors can usually gain a conviction.

Four Types of Criminal Intent
Referred to as “mens rea” in its proper legal term, criminal intent has four specific types involved in committing a crime. The first of these is purposeful, meaning you are fully aware of your actions and chose to inflict harm on another individual or property. Next is knowledge, meaning you were aware of the actions you were taking, knew the possible consequences that may follow, yet did not care enough to stop yourself from following through with the act. The third type is recklessness, referring to your decision to do something reckless despite the risks involved. For example, if you wave a loaded gun around others and it goes off and injures someone, this would be criminal intent via recklessness. Finally, the mildest form of criminal intent is negligence. Though defined as failing to live up to your responsibilities and thus causing harm to others, a harsh sentence rarely occurs in negligence cases.

Malice Aforethought
A specialized form of criminal intent that applies only to murder cases, malice aforethought deals with premeditation, meaning a person planned out the murder of another individual. Since murder is the most severe crime that can be committed, a conviction that includes malice aforethought usually results in a sentence of life in prison without parole, or even a spot on death row if the murder was especially heinous. For example, if you decide to enter a liquor store with the intention of robbing it, this is a form of criminal intent.

Scienter
Used interchangeably with “mens rea,” scienter refers to a specific and severe criminal intent that does not pertain to murder cases. Instead, it means a person had unquestionable knowledge that an act was illegal. As an example, if a person writes a check for an amount which they knew could not possibly be covered by the money in their bank account at that moment, criminal intent of this nature would have been demonstrated.

Beyond a Reasonable Doubt
When defendants are brought up on criminal charges, it is still the duty of the prosecutor to prove their case beyond a reasonable doubt in order to gain a conviction. Even if it appears criminal intent is clear, prosecutors must prove the elements crucial in such cases. Otherwise, even if the defendant was aware they were committing an illegal act, failing to prove appropriate criminal intent can result in losing a case that at the beginning may have seemed open and shut.